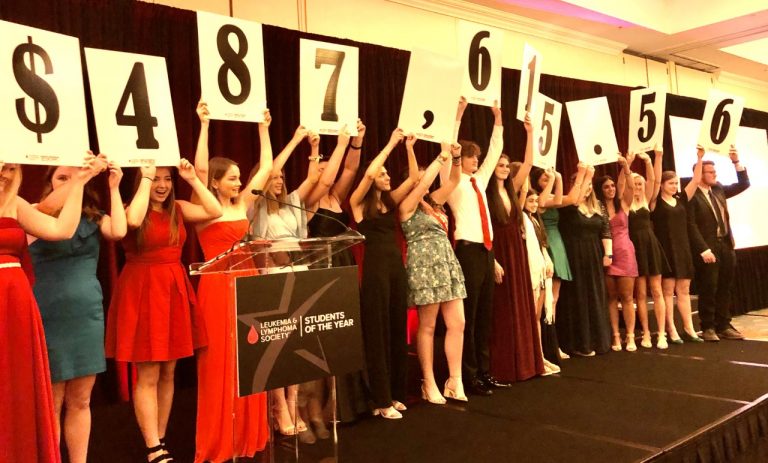 In Praise Of Millennials

Last week, on Friday the 13th I attended a fundraiser for Leukemia and Lymphoma Society (LLS). Not that I am superstitious, but the pandemic of the coronavirus certainly factored on my decision to attend. To be one of 500 plus guests, in the chandeliered confines of a Marriot ballroom eating from a two-sided buffet featuring yard bird and mac & cheese doubled one’s chances of becoming contaminanted.

Groups of 10 and the 6-foot rule be damned I decided to attend. I was obligated, for two reasons. One, I was part of the auction that evening raising funds for LLS. I was gifting my services to cook a four-course meal for 6 in the privacy of the winning bidders’ home. Secondly, my wife Doti, her mother had leukemia and her paternal grandmother had lymphoma. The charity is personal to me.

I have attended and cooked for charitable causes throughout my career. Some obscenely opulent black tie and ball gown affairs. Others as simple as the local ASPCA in the nearby high school auditorium. But this LLS fundraiser was different, so different I became inspired by what transpired that evening. The song, The Living Years opening lyrics popped into my head.

Seems we are all guilty of the blame game at some point in our life. Millennials are blaming the Boomers. Just like the Silent Generation blamed the Boomers. The Greatest Generation soundtrack was Boogie Woogie Bugle Boy. Woodstock nation blew that up as Jimi Hendrix set his Fender on fire and ignited the world with his rendition of The Star-Spangled Banner. Imagine how WWII heroes felt, and they are all heroes in my book, watching hippies burn their draft cards and fleeing to Canada during the Vietnam War.

But I can say with the utmost enthusiasm, hope, harnessed by a group of teenagers is alive and thriving above the fruited plain. The LLS fundraiser was championed by teenagers, and what they did in less 60 days is astounding. Seventeen students became leaders of their own team to raise funds and awareness about LLS.   Each student and their team such as Brauer Dowd and her team, Brauer Power. Hannah Switzer of Team Brave, and Allish Ward, of Team Hope for Change along with 14 other student-driven teams were responsible for raising $487,615.56 in just 7 weeks. That’s right, nearly a half-million bucks in 42 days, by tenacious teens. I reflect on my youth, a slacker by these kids in comparison. Sure, I was working as a line cook at McGarvey’s Restaurant in my hometown of Vermilion, OH. Pursuing my dream of becoming a chef. I also had a fake ID with a penciled mustache and was buying booze.

The LLS fundraiser was more than raising funds to find a cure for cancer. It raised leaders. It’s about community, about the power of one. That one person, regardless of age, gender, ethnicity, religion, socioeconomic status, can and will make a difference. It’s what built America, boldness is our birthright, ingenuity is our inheritance.

Be encouraged and be an encourager. The world needs you, especially in these uncertain times. Stay safe and keep the faith.