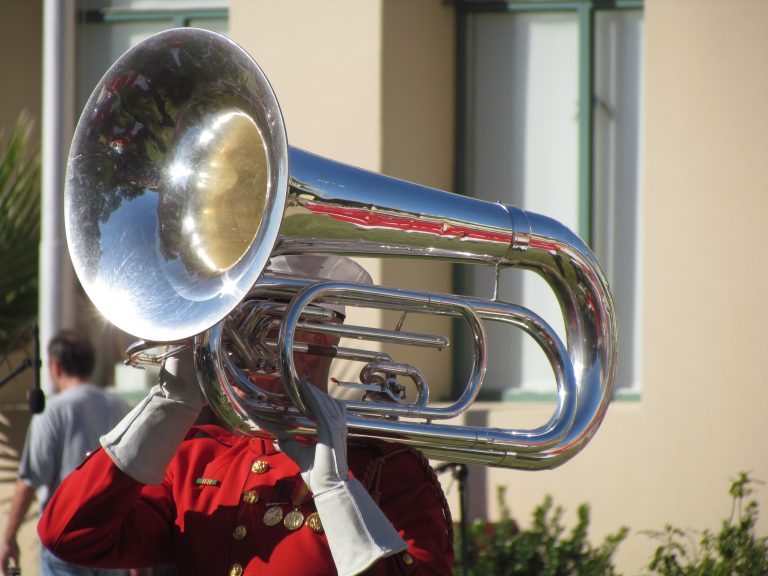 For Those Who Rock, I Salute You

I love music, and the military. I grew up in a home listening to the Andrew Sisters, Glen Miller, & Tommy Dorsey. Music has always been intertwined with the military. Even just a simple cadence when troops are marching is music. Who can forget Bill Murray in Stripes. This cat is a modern day Groucho Marx. With a company of pea shoot green boot campers he sets the tempo with Do Wah Diddy Diddy. The soldiers respond grooving along strapped with duffle bags, marching to the obscure tune by Manfred Mann. You recall them, they went on to cover Spirit in the Night and Blinded by the Light, originally published by Springsteen. Springsteen, a vocal opponent of war wrote one of the most unpatriotic songs ever, with an album by the same name, Born in the USA. Yet, so many thought the jingoistic jingle Born in the USA was as American as apple pie, baseball and Coke. Including Ronald Reagan, who used it on the campaign stump until the Boss put a stop to it faster than an incoming Tomahawk missile. Don’t be mistaken by the chorus of the tune, it’s a protest song. As is Woody Guthrie’s This Land is your Land. That is the greatest American song ever written. A somber reminder about what the Founding Fathers envisioned this country to be and serving as the permanent soundtrack to bring that vision to fruition. Published in 1945, some people may feel the truth in the song has diminished, or it was never there.

The first antiwar/protest song I recall is Ohio. Written by Neil Young, and preformed by Crosby, Stills, Nash and Young. It was written to condemn the Vietnam War and more importantly, the brutal murder of 4 innocent students by the National Guard at Kent State University on May 4, 1970. It really hit home, because it was so close to home. KSU was an hour drive from my lily white picket fence world. I was 10, and shocked that soldiers killed students. Some protesting the bombing of Cambodia, which had nothing to with the Vietnam War, others were just innocent passersby simple going to school. Sixty seven rounds, and 13 seconds later, there were four dead in Ohio, four dead in Ohio.

That song was the anthem to the rapid end of the Woodstock nation. David Crosby once said that Neil Young calling Nixon’s name out in the lyrics was “The bravest thing I’d ever heard.” Crosby noted at the time it seemed that those who stood up to Nixon, like those at Kent State, were shot. Neil Young was not scared at all. The war raged on, tearing this country apart. I was sickened at the tragedy. As a young boy, I didn’t know much about war other than brave men from my hometown were going to Vietnam and some were coming home in pine boxes. The war, as right as it was fighting Communist aggression, or as wrong as it was sending our men and women to fight a battle in a jungle 8,000 miles away in Southeast Asia further fueled my patriotism. For my ten year old eyes, it was a simple matter of right vs wrong, good vs evil. It was the American way of freedom vs the dead end road of communism.

We are free because of the brave. I was never prouder when I raised my hand and take an oath to support and defend the Constitution of the United States. I had chills upon completion of boot camp as Anchors Aweigh blasted through the loudspeakers. I was just one, in a sea of fresh face recruits, reporting for duty for the greatest Navy in the world.

After boot camp in Orlando, I headed to another sunny city, San Diego. It was there I enrolled in A School, short for accession training. A School is simply the term the Navy uses to teach sailors their rate (job, or known as MOS in other branches). Be it Radio Man (RM), Torpedo Man (TM), Machinist Mate (MM), etc. I was an MS, Mess Specialist. The rate was officially changed in 2004 to CS, Culinary Specialist. A title more befitting for the 7,500 cooks who feed the fleet of 300,000 Sailors.

Upon graduating A School, I crisscrossed to Groton, CT, the submarine capital of the world to enroll in sub school. An 8 week course to get sailors indoctrinated into the undersea world of naval warfare. Not everyone is cut out for sub duty. It takes a special kind of crazy to submerge yourself in a multimillion dollar man-o-war for several months. The submarine service is all volunteer. The Navy does not force anyone to become a member of the Silent Service. That decision is made entirely by the Sailor. But, once in you’re in, you’re in. You simply can’t un-volunteer yourself.

After completion of sub school I received my orders to the USS Patrick Henry SSBN 599 homeported in Pearl Harbor. Once onboard, every new sailor must get qualified. Qualified means knowing a little bit about everything on that sub. From the bow housing the Mark 48 torpedoes, to the middle known as Sherwood Forest where 16, A-3 nuclear multiple war head missiles were sheathed in the thick metal silos. To the stern that encased the nuclear reactor and everything in-between. Navigation, communication, ventilation, sonar, surfacing, diving, hovering, escape procedures, first aid, water desalination. You are given a Qual Card, short for qualification. The card listed all those different items mentioned above, known as competencies. Every week one must get 10 points on the Qual Card, which leads up to completion of the card. Each competency is worth X amount of points. If you fail to get 10 points on any given week before completing the entire card, you are delinquent, or worse, called a Dink. Dinks can’t watch movies, can’t go on liberty, and just may have to pull extra duty. Don’t be a Dink! Once the Qual Card is complete you face a Qual Board. A group of Sailors, usually 5-6 crew, one of which is an officer. They begin to quiz you on all the information you learned. It’s an informal Q & A, but you better know your port from starboard. Some ace the Qual Board with flying colors, others will pass and need to brush up on a few things, while others have been known to fail. But once you pass your Qual Board, you’re in, you’re qualified. In the world of submarines, you are either qualified or not, Qualed, or Non Qualed. Once you become qualified you receive your dolphins, fish, or fins. It’s a pin worn over the left breast. It is a submarine with two dolphins one on each side near the bow. Once you are pinned, you’re a sub sailor for life.

Subs have small crews, less than 150 Sailors. They generally operate around 300-500 feet. Should something happen, a fire, flooding, an incoming torpedo, there is not a second to waste. The crew must be able to react and equalize the threat. There were constant drills to keep the crew operationally ready to jump into damage control mode to combat and conquer any threat that may have arisen. Fortunately, after completing five patrols on the Henry, the crew never experienced a catastrophic situation, or even a low grade emergency. Credit that to the crew who stood watch monitoring vitals hourly of every operational mechanism while deployed hundreds of feet below in the Pacific Ocean. I still remain friends with a handful of my Navy buddies. It’s a rare fraternity us bubbleheads. The nickname for submariners. Bubbleheads call surface craft (ships) targets or skimmers. Remember, there are only two kinds of ships, submarines, and targets. You never call a sub a ship either, it’s a boat. Ever see Das Boot? It wasn’t Das Schiff, the ship, it was The Boat.