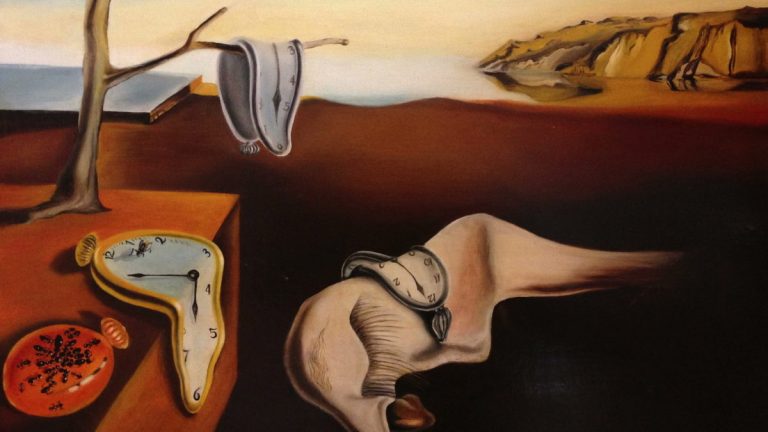 MAGA. It has morphed to Move Along Get Along. Donald J Trump, the brain trust of the original MAGA catchphrase has been defeated. MAGA, like Trump, was marketing brilliance. Madison Ave slick, selling millions of dollars of merchandise. It has lost its punch along with its pugilistic parent, the Donald.

Pugnacious has been KO’d by compassion. Chaos took a hook from calm. Lying was upended by truth. Empathy decked ego. Straight in the eye gave tweeting a black eye. Election 2020 was a slug fest. Bigger than the Thrilla in Manila, and the Rumble in Jungle combined. It was R. O. C. K. in the USA.

In 2019 27 candidates emerged seeking the Democratic nomination for President. A microcosm of America emerged in the Battle for the Beltway. Female, male, black, white, brown, Asian, Christian, Jewish, a spiritual guru, a Veteran, a pair of billionaires, young and old. Featuring such office holders as a couple of Mayors, congressional reps, Senators, and a Governor were clamoring all reaching for the elusive brass ring. Going round and round in a dizzying display of determination. Entering late in the race was six term Senator, two term VP, Ray Ban wearing, basement dwelling, in the navy blue Men’s Warehouse suit, hailing from Scranton, Pennsylvania, it’s Sleeeeepy Joe Biden.

Biden was sworn in as a US Senator from Delaware in 1973. He knows pain and tragedy. On December 18, 1972, just a few weeks after 29-year-old Biden won the US Senate seat, devastation struck. His wife Nelia, sons Beau, Hunter and one year old daughter Naomi were traveling to get a Christmas tree and were broadsided by a tractor trailer. Nelia, 30 and Naomi were DOA, and reasonable doubt his sons would survive. The police report stated Nelia either accelerated or drifted through the intersection. Perhaps distracted by the children.

While encouraged by the progress of Beau and Hunter, Biden was angry, rightfully so, it’s the third step in the 7 steps of grieving. Despite the pain, anger, disbelief, his recovery hinged on the focus of his well-being and survival of his sons. He raised his right hand and was sworn in as Senator at Wilmington Medical Center. With the help of Senate colleagues, his sister, and his faith he slowly found the way forward after the unconscionable loss of his wife and daughter. No one truly gets over the loss of a spouse or a child, especially as one as young as his daughter. He has suffered, he knows pain, he has grieved and still does. He lost his eldest son Beau to brain cancer in 2015 at the age of 46.

Along the way he met Jill Jacobs in 1975. Before they were married in 1977 Biden asked his fiancée how she could commit herself to marriage knowing his feelings for his first wife? Jill said, “Anybody who can love that deeply once can do it again.” That answer, according to what Joe has said, “That’s when I realized exactly what Jill’s love had done for me.” “It had given me permission to be me again.” That is the story. Of tragic personal loss. Burying his first wife after 6 years of marriage and a one-year-old daughter. Working through that heartbreaking ordeal, raising two sons while representing all of the citizens in Delaware. Finding love again, then decades later burying another child. Simply the worst pain on earth. Despite it all he recognized he needed to run. To fight for the soul of America. Someone who can heal this nation from the experience of his own personal hurt. I’m not wearing rose colored glasses. Healing and unifying this nation will be no small feat. Covid, unemployment, racial upheaval, a GOP transformed into the party of Trump and nearly 50% of America voted for Trump. Just how Biden will extend the olive branch and how successful he is remains to be seen.

One major difference that sets Sleepy Joe apart from Donny the Dominator. Biden knows suffering, grief, compassion and empathy. Something #45 simply does not understand or even care to. These traits are crucial to have as the POTUS, it’s about character. The billionaire celebrity reality show host has consumed the news cycle 24/7/365 since 1.20.17. That braggadocio blitzkrieg bombarded everyone from Maine to California. This land is your land was hijacked into MAGA country. Woody Guthrie is spinning in his grave.

I grew up in a household with parents who were first generation folks born in the USA. Their parents were from the old country as my dad referred to it. His parents from Budapest, and moms’ side from Rome. They entered the country legally during the great wave of immigration and helped build this country. Now we are building walls to keep people out.

I’m all for immigration control. Those from a foreign country who want to reside in America must go through the proper channels. I am familiar with the system and processes as I recently married my wife Doti who is from the Philippines. I am now part of that system and welcome it. It’s not the legal immigrants that are a concern, it’s the illegal ones. We must have strict immigration controls but building walls is an archaic form of border control. Remember JFK in Berlin, or Reagan at Brandenburg Gate. Two great presidents with a world view and warriors for freedom, here and abroad who weren’t fond of walls.

To build a wall along our southern border is nearly inhumane, an eyesore, and at the expected cost of several billion dollars there are far better ways to control the flow of illegal immigrants with increased border agents and tech such as drones. The current administration has siphoned funds from our military to build that wall which he promised Mexico would pay for. America has not received one peso from Mexico for that barrier, nor will it ever. Just one item of many in a fraudulent bag of goods sold to us by the Dominator. The man is such a bullshit artist he makes P.T. Barnum look like an Eagle Scout. People bought into his con game, his tomfoolery and tough talk. Gulping that Kool Aid like it was a Jim Jones love fest.

America had record turnout of voters on Election Day and Trump received 8 million more votes than he had in 2016. Biden received nearly 80 million votes, the most ever in a presidential election. I was surprised there was not a blue tsunami sweeping across America in repudiation of the president’s policies and behavior. Mocking Gold Star families, telling duly elected lawmakers to go back to where they came from, even though they are Americans by birth. Conducting foreign policy by tweet, embracing dictators, strongmen, and thugs. All the while admiring and desirous to emulate them. Yet what was surprising, Biden won 5 states that Trump took in 2016. Two of which, AZ and GA have been red for decades.

Trump is in a spiral of denial. His America first, is clearly me first. Its ringing loud and clear with his refusal to accept the election results. There is no massive voter fraud. Not one shred of evidence regarding falsification of mail in ballots. All these claims by Trump and his cronies are completely baseless. Not one iota of proof has been presented. Election officials from both parties are in full agreement. The DHS has released a statement that calls the 2020 election “The most secure in American history.”

Trump is ruthless, cunning, narcissistic and he can’t stomach that he has lost. He has no one to blame but himself. In September in NC he encouraged his supporters at a rally to vote twice. Once by mail, then again in person on Election Day. What a glaring example of the voter fraud he has railed against. To be clear, a sitting president has encouraged his supporters to vote twice. This falls under the heading of conspiracy to commit voter fraud, a felony.

I selected the Dali painting the Persistence of Memory so we will never forget how Trump abandoned all presidential norms. The ants represent decay, the fly is that pesky winged creature who will buzz around annoying all in its path. Look closely at the fly and you will see a human shadow. When Trump is finally swatted away, he will linger stirring the proverbial pot of excrement, attracting more flies who choose to swarm in his orbit. I was the best, the biggest, the yugest president in the history of America. So yuge they don’t have room for my head on Mt Rushmore and now I’m looking at a colossal carving at the Grand Canyon. It will be visible from space. Imagery will be provided by the Space Force on bigheadtrump.com

Dali’s melting clocks are his interpretation of Camembert in the sun. As a chef and connoisseur of fromage I love this creative analogy. But the funk of the Cheeto administration reeks of Limburger and hasn’t passed the sniff test. Ever since he insisted it was the biggest inaugural ever. This presidency is long past his expiration date. Like the painting, the Trump administration is surreal, beyond belief and description and open to interpretation. His demented persona has warped all presidential norms. History will judge him. The longer he fails to accept defeat, the more he will tarnish his already stained presidency.

Trump didn’t realize it, but Biden’s nickname Sleepy Joe is perfect. Now America can get some well needed rest after his exhaustive four-year reality show nightmare averaging a 40% approval rating. The worst ever in recorded history. I simply do not understand the frenzied idolatry. The cult phenomenon known as the Trump Train. The irony is the host of a reality show whose tagline was you’re fired has now been fired by the voting public. Biden said he would beat Trump like a drum, and he did. To the tune of 5 million thumps and a 306-232 electoral college victory. Strangely enough it’s the same margin Trump defeated Clinton. Which Trump referred to as a landslide victory. I’m going with that too, a landslide for Biden. Just biding his time until 1.20.21