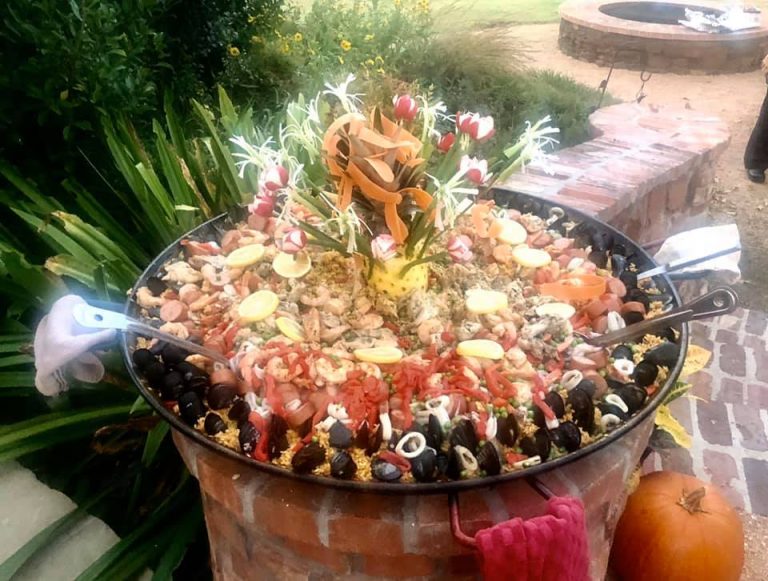 Whether you are from Texas, or not, have lived or visited the Lone Star State. One thing for sure, Everything is bigger in Texas. Texas is not a state, it’s a state of mind, credit to John Steinbeck. I lived there for nearly a decade and have formed incredible friendships with Texans. The hard core Texans, Like my friend Billy Bob, refer to it as the Republic of Texas. It’s a storied history of mavericks, rebels, bank robbers, billionaires, conspiracy theories, oil, longhorns, musicians, and of course Cowboys. Be they wearing a 10 gallon hat, or a helmet, their tales are legendary.

Remember the Alamo, is more than a battle cry, a remembrance of Rebel Texans being out manned, out gunned, at the small outpost located in present day San Antonio. It is the single most important event in Texas history, thereby American history. I won’t go into detail here, but please google and read the William Barrett Travis letter. It will give you chills.

The other commonly known expression beyond the big border of Texas is, Don’t mess with Texas. Interestingly enough, this descriptor came about in the most peaceful way. It was created as an anti-litter campaign specifically aimed at 18- to 35-year-old males, which statistically proved to be the most likely to litter. This simple, and catchy slogan not only reduced litter by over 70% from 1986-1990. The slogan became bigger than Texas itself, thus populating the lexicon of Americans from California to the New York island, from the Redwood Forest to the gulf stream waters.

Two of my best friends are Kelly and Scott Bradley. Beyond reproach, these are humble upright people would give you the shirt off their back. I had the honor of living in the Mother-in-Law apartment of their exquisite home, Paigebrooke, named after their two daughters, Paige and Brooke. Designed by renowned architect Charles Dilbeck, it was originally built for Ted Dealey, former publisher of the Dallas Morning News. Dilbeck built several French farmhouses and Ranch houses in Dallas, particularly in the affluent Preston Hollow and Park Cities neighborhoods. He was skilled at designing romantic cottages and Texas style structures with an openness and airy style. This was to let the air circulate, genius, this was pre-air conditioning. Dilbeck was avant- garde, utilizing barn siding, recaptured brick from old sidewalks, stained glass from houses of worship that no longer housed worshippers. He was keen on recycling, refurbishing, and renewal well before it became vouge.

Paigebrooke is a one of a kind house, it literally is a museum piece. I can unequivocally say, I lived in a museum. Scott & Kelly are the curators, and they demonstrated to me just how rich life can be. They are living examples of extreme generosity. Scott once said, “This house is meant to be shared.” A remarkable statement, and Scott and Kelly exude hospitality. Paigebrooke has hosted countless events over the decades. From weddings, to book signings, to NPO’s, to hosting artisans, musicians and cultural events.

One such event happened recently, called Sunset in Granada, it was a fundraiser for the Guitar Society of Ft Worth. Adam del Monte, one of the worlds greatest flamenco guitarist was present, along with a trio of flamenco dancers. Flamenco is the sizzling and passionate cultural export from Spain. It is a living art form weaving song, dance, and music that is visually and auditorily spectacular. The guitarist and singer tag team the tempo as dancers sway, strut and saunter to the sensual sound. It’s a fiery ballet, its Riverdance on steroids. After the musician, vocalist, and dancers exhaust themselves from their artistic fury, They are hungry, they need to fuel their bodies from which they have just emptied their artistic tank.

What does one serve Flamenco performers and an audience of 100? Well, paella of course. I cooked a paella in a four foot diameter pan over an open flame amidst the rolling hills and fenced in longhorns on the grounds of Paigebrooke. Along with the swans and ducks that grace the ponds in this remote slice of heaven. It takes some skill to cook on a open flame, never mind paella for 100. Searing rosemary lemon marinated chicken thighs, head on wild caught Argentinian shrimp, smoke sausage, and calamari. Cooking up the sofrito, toasting the rice, adding the saffron and seasonings and the chicken stock. It’s a labor of love. At the finishing point of the rice cookery I added the prerequisite roasted red pepper strips, peas and artfully arranged all the proteins. All surrounded with a border of mussels.

It took two people to transport the paella off the fire and rest on the nearby brick baluster. Then came the garnish. Utilizing my garde manger skills, I skinned a pineapple, exposing the sunshine yellow flesh and keeping the green fern top intact. I made radish roses, scallion chrysanthemums, and carrot curls. Utilizing foot long bamboo skewers, I placed the long green hollow tube of the green onion encasing the skewer to act as a stem. Placing the veggie flowers on one end and sticking the opposite end into the pineapple which served as a vase for the edible bouquet. Creating a cavity dead center in the paella, I placed the bouquet in the opening. It was the crown jewel in the pièce de résistance paella.

Pineapples have long served as a sign of hospitality and welcome. It dates back to Columbus during his second trip to the Caribbean when he discovered the tropical treat. They were received in Europe as a sign of wealth and eventually were grown in hot houses in England in the mid 1640’s. Guests of royalty were gifted with the highly prized tropical fruit. A highly fashionable gift at the time. During the 17th and 18th centuries pineapple became a highly prized commodity and status symbol. Moreover, a great majority of pineapple that were destined to the old world rotted en route due to lack of refrigeration. Pineapples have remained prevalent every since, Gracing tables, the creation of pineapple upside cake, and hollowing them out as a vessel for fruit salad. It has morphed into architectural accents such as door knockers, or other ornamental pieces. Be they carved from wood or cast in concrete pineapples are symbolic, welcoming guests the world over.

Enjoy the recipe. It yields 100 portions, after all, it is Texas, don’t mess with it!

6# mussels in the shell, debearded

4# calamari, tubes & tentacles cleaned and sliced (I use frozen)

5# red roasted peppers, julienne (from a jar is fine)

16# of paella rice either bomba or calasperra rice, arborio is fine

Saffron, as much as  you can afford. Puree in a spice grinder with a pinch of salt, pour over a little boiling water and allow to stand at least 30 minutes. Or, check your local spice market for paella seasoning, far less expensive than straight saffron (available at wholespice.com), then skip the saffron/boiling water step.

6 gallons chicken or seafood broth, or combination of both

Salt and pepper to taste

Paella pan, 4 foot in diameter, usually available for hire
Gas ring to heat the pan, available when you hire the pan
Wind shield for the burner
2 tables – one for the paella and another for ingredients etc
Foil to cover the pan

Separate bowls for each ingredient

Oven mitts to hold the pan to shake it

Marinate the chicken thighs in the 1 cup olive oil, lemon juice and rosemary for at least 12 hours or overnight. When cooking all proteins, season liberally with salt and pepper before putting in pan.

Be prepared for people to watch you. Paella is festive, you are cooking for 100, people love the show. Make sure pan is level. Heat pan with the flame as high as possible. Add chorizo, fry and remove. Heat some oil add shrimp, fry briefly and remove. Heat some oil add chicken and fry for about 10 mins or until cooked. Remove from pan. Add more oil quickly cook the calamari and remove. Add more oil and then garlic, pureed saffron (or spice mixture) smoked paprika and tomato paste. This is the sofrito, cook until thick and dark. Add the rice and sauté briefly 3-5 minutes, incorporating thoroughly with the sofrito, then add the stock. Pour in broth and saffron liquid.(if using the saffron liquid) Add salt and pepper to taste. Bring to boil, leaving the flame on high then reduce to simmer. Add half the parsley. Stir rice occasionally. Many recipes will state not to stir the rice. This is risky with this quantity. The rice sinks to the bottom of the pan and you could end up with undercooked rice on the top, and starchy rice on the bottom. Taste the rice, although it will be underdone, you are checking for seasoning. Now is the time to check and adjust seasoning. Stir in half the peas, half the peppers and half the chicken. Then return all chicken, chorizo, shrimp and artfully place on top of the rice and gently pushing down into the rice. Place the mussels in a ring around the outer perimeter of the pan. Garnish with remaining peas and peppers. Reduce temperature to low heat and cover with foil. Cook 10 minutes. When rice is al dente turn off flame and let it rest for 10 minutes. Test a few grains to ensure its properly cooked, then uncover. (If it’s not properly cooked either leave longer, or, add extra water to the top.) Decorate with lemon wedges. Sprinkle with remaining parsley. When serving, mentally divide pan into eights, and each eighth feeds 12. Reserve four portions in the pan if you need to make it exactly 100.